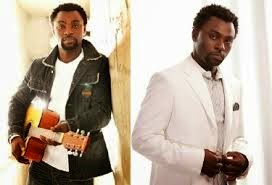 It has got so bad that when a man introduces himself as a pastor, he attracts immediate suspicion. Scandals and controversies have eaten too deep into the church like an incurable cancer. Like electric poles, churches are springing up all over the country and their general overseers or CEOs are fast emerging as the richest men in the country. Some Nigerian pastors represent their stomach instead of Christ…

Churches have been turned into banks and business centres with branch pastors given targets for increased turnover by headquarters. Most of these new breed churches only preach prosperity because preaching salvation will impact negatively on the church’s GDP. Some of today’s pastors, after their failed attempts at finding a means of livelihood, hire a classroom and start a church.

Most Nigerians have been brainwashed to see their pastors as angels of light instead of the men of lies and hypocrisy they truly are. When I hear some of our so-called men of God talking, I hear a well rehearsed speech delivered with sugarcoated tongue. I see feigned sympathy and fake listening ears trying to milk their unfortunate audience. I see people being washed, rinsed, dried and ironed with rehearsed miracles wooing gullible Nigerians to their churches.

To some pastors, the church is no longer the stairway to heaven. It is more like the Lagos-Ibadan expressway to wealth. No trick is too dirty to enslave their followers. While many in their congregation cannot afford three decent meals in a day, pastors convey offerings to their banks in bullion vans. They use offerings to build schools their congregation cannot afford to send their wards to. They cruise about town in their exotic cars, and jet off to spend vacations in the most exotic tourist destinations across the world.

Jesus Christ fed the multitude with five loaves of bread and two fishes (Matthew 14: 13-21). He could have auctioned it to the wealthy and more privileged amongst the multitude but he asked his disciples to share to all without discrimination. Except for a few, the majority of pastors will not lift a finger to ease the sufferings of the poor in their congregation.

Rev. King the self-acclaimed “god” and “Jesus of our time” was arrested and charged to court for using a girl for human barbecue. And the 69-year-old grief stricken father of the victim lamented that he went to the church to see his daughter, and followers of Rev. King denied knowing her. But one follower later told him that she was Rev. King’s wife and was in the hospital. Getting to the hospital, he found his daughter Anna Uzoh on the hospital bed roasted. After a long inquiry, she revealed that Rev. King set her on fire. And Rev. King’s followers said, “Touch not my anointed and do my prophets no harm.” Apparently, Justice Joseph Oyewole of the Ikeja High Court thought otherwise and sentenced Rev. King to death.

It was in the news sometime ago how a man stole money and confessed to giving it as offering to a church. When asked, the pastor said the money was given to God and can’t be returned. Things like this can only happen in a society like Nigeria.

Pastors should be judged by their words as well as their actions. This is a country where a pastor organises a healing crusade for his members but jets off to the United Kingdom the next morning for a medical check-up. In Nigeria, pastors pray and ask God to protect their members but employ the services of bodyguards. It won’t be a surprise when Nigerian churches get enlisted in the Nigerian Stock Exchange for the public to buy shares. It is a fact that when you scare people badly enough, you can get them to do anything.

I wasn’t surprised to hear that a South African pastor ordered his congregation to eat grass, that it would bring them closer to God and of course, the members obeyed and ate to their fill. We heard of how a Kenyan pastor ordered all female members of his church to attend church services without bras and panties for Christ to enter their lives.
My brothers and sisters in the Lord, do not be deceived by these pastors. Seek God’s face, pray and read the scriptures and ask for the Holy Spirit’s guidance and interpretation. The Bible says you should study to show yourself approved.
As I end this article, my prayer is that rapture takes place on a Sunday during first service so that all fake pastors will be caught pants down. Amen.
News

Check out pics from the wedding that got everyone talking yesterday

Say It All: Interview With Omo Akin on africanentertainment Tv