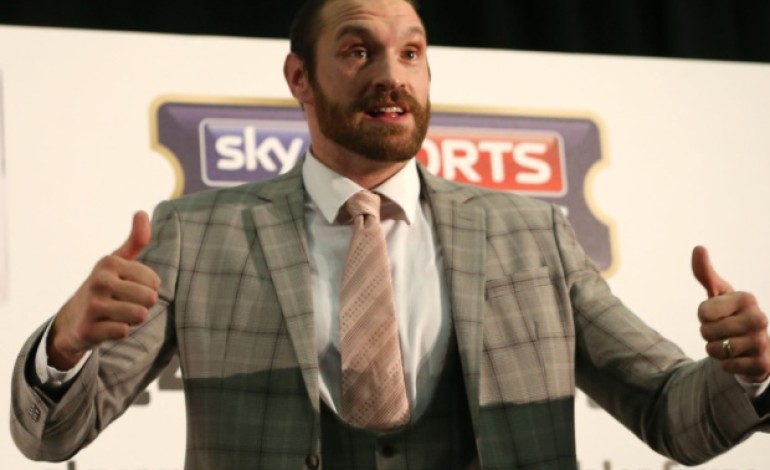 Knocking on Tyson Fury ’s hotel room door you’re not sure what will meet you on the other side, writes ADAM LORD.

Arguably the most unpredictable man in sport, the Morecambe-based giant’s antics ahead of his career-defining night on November 28 have veered from the bizarre to the controversial.

As he answers the door the 6ft9 former British and European champion dominates the doorway like he will hope to the ring in Dusseldorf when he takes on Wladimir Klitschko.

Fury, still only a baby in heavyweight boxing terms at 27 years of age, almost has to stoop as he welcomes us in warmly despite it becoming quickly clear that he isn’t expecting us.

The meeting at The Whites Hotel attached to Bolton Wanderers’ Macron Stadium had been arranged with his trainer and uncle Peter Fury, I explain.

“Peter tells me nothing,” smiles a man who is just days from challenging the undisputed number one in the world.

Visibly tired from a morning training session, Fury looks lean and appears ready to go. Batman costumes and controversial comments about homosexuality seem a world away.

The delayed fight, originally set for October 24 before the Ukrainian champion picked up a calf injury, means Fury has been put through his toughest ever training camp.

He is Finished: Tiger Woods pulls out of three events after back surgery, hopes to play in 2016

CofE bishop reveals he is in gay relationship