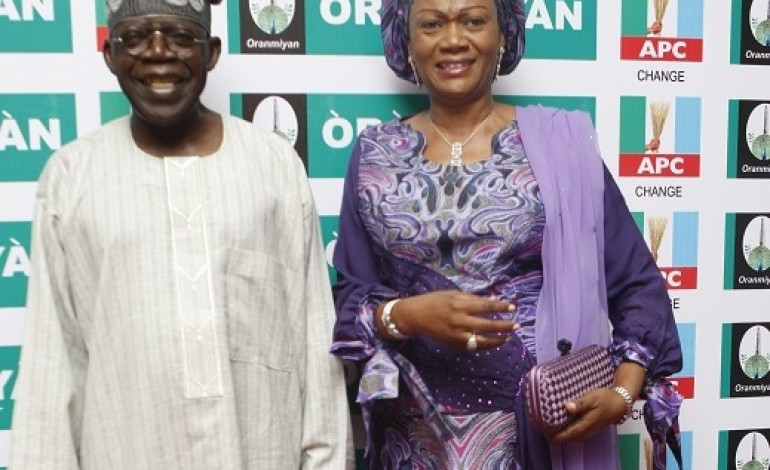 The Lawmaker representing Lagos Central Senatorial District, Senator Oluremi Tinubu has revealed that her re-election into the Senate did not get the backing of her husband, Asiwaju Bola Ahmed Tinubu . She made this revelation on Tuesday September 29th during the “Women in Government’ conference organised by the South-West Region of the Department For International Development, DFID in collaboration with the Office of the Deputy Governor of Lagos State.

“Tinubu likes his wife to be at home and what is more confusing to me is that most Muslim men do not want their wives to work, but I am a hard worker.

The former Lagos State First Lady noted that it was her district leaders who got the form for her and talked her husband into allowing her to run for the position.

“People have been saying that I got to this position because I am Asiwaju’s wife. What they did not realise is that in the past election, my husband asked me not to go for a second term. It was the leaders in my district that got me the form and talked to him that they wanted me to go back. You can go to my district, the elites might not know me but the grassroots are the ones supporting and voting massively for me. I think that is enough for me and that is how you can get elected, you have to really identify with your people; if really know your people, they will stand up for you,’’ she stated.

Tinubu noted that she worked hard in order to win the support of her constituency.

“When I got the bill to run for primaries, I told my husband that I needed money and he said no money. I fought with the people in my constituency because they said I have to give them more money and I said no, what about the ones I have been giving to you before? If you are not going to vote, so be it. They said that they were just voting for me because of Asiwaju and I responded that Asiwaju is not even supporting me, then, you can go and vote for him.” She is however appreciative of their massive support.

“But I’m grateful they voted for me. I have realised that when you are elected, you have to go back and work with your constituency because that is where your support and vote rests,’’ she stated