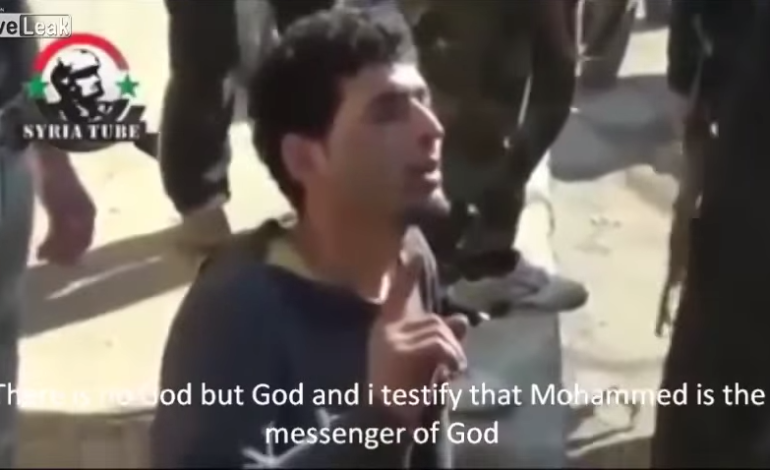 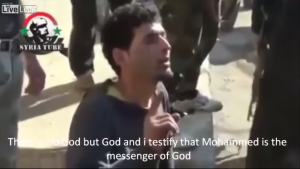 as “the messenger of God”.

The incident was caught on video for the world to see and broadcast as a warning to “everyone like him”.

In the video that was posted to YouTube with translated captions, the helpless Christian man is surrounded by armed militants wearing masks and he is heard reciting as instructed: “There is no God but God and I testify that Mohammed is the messenger of God.”

An apparent leader in the group of militants is then heard instructing the group: “No one will shoot him now, do you understand? He will not be killed by shooting because it is merciful for him.”

“He will be beheaded because he is Kaffir, non-Muslim, sided [with] the government and was not praying at all. Everyone like him will have the same end, beheading,” said the militant.

A militant armed with a machete then grabs the defenseless man by the hair and begins to cut his head from his body as the group cries “Allahu Akbar…”Allah Is The Greatest”…So Guys Where do you feel This Man Will Go Heaven Or Hell?