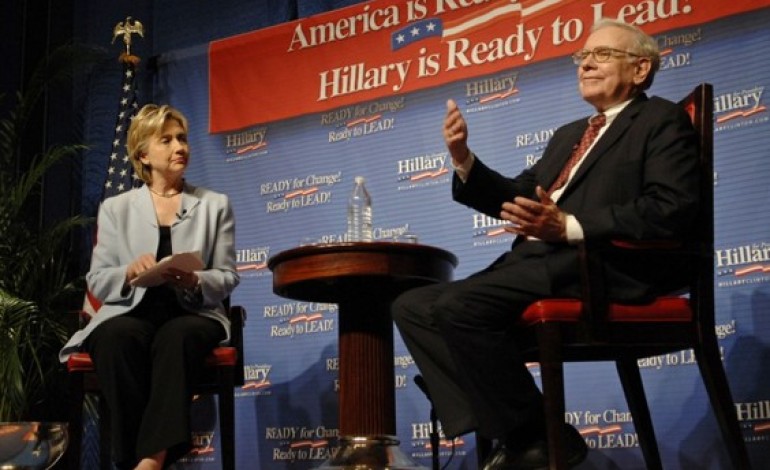 Billionaire Warren Buffett believes Hilary Clinton will be the next president of the United States, and is willing to bet on it.

“Hillary is going to win,” Buffett said on Tuesday at the Fortune’s Most Powerful Women Summit in Laguna Niguel, California. “I will bet money on it. I don’t do that easily.”

The former secretary of State has said she’ll decide sometime late this year or early next whether she’ll make a second White House bid.

Lil Wayne done with Christina Milian? Hints there's an opening in the harem

See how people voyage along the Okrika-Port Harcourt Waterways