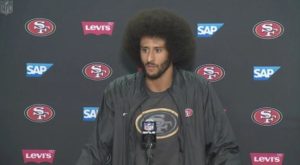 *Something interesting went down after the San Francisco 49ers played and defeated the San Diego Chargers 31-21 in an NFL preseason game Thursday night. Colin Kaepernick met with the media and he took the opportunity to go into significant detail about his controversial protest, the causes he supports, and how things will work moving forward. […]

How to make your woman scream your name during sex

Photos: ISIS announces its own currency