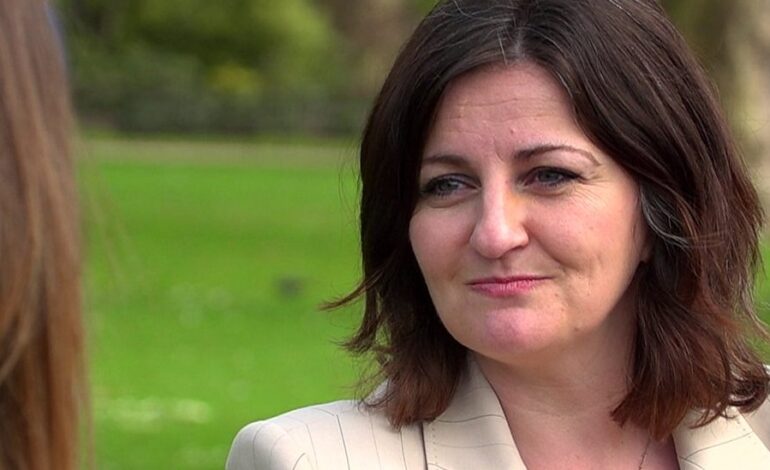 A Tory MP has quit her government job after voting for a Labour motion to offer free school meals during holidays until Easter 2021.

Caroline Ansell said vouchers were not a long-term solution – but they helped families struggling with the pandemic.

Footballer Marcus Rashford, who is leading a campaign on child hunger, urged MPs to "unite" and stop being influenced by "political affiliation".

On Wednesday evening, MPs rejected the Labour motion by 322 votes to 261.

He said the government had raised Universal Credit by £20 a week, adjusted housing benefit to help people with their rent and given £63m to councils to help with hardship funding.

He acknowledged the decision on free school meals was "a tough one" and praised Mr Rashford for his campaign to tackle child hunger.

Responding to the vote, Mr Rashford said "child food poverty has the potential to become the greatest pandemic the country has ever faced" and called on MPs to "face this head on".

"I don't have the education of a politician… but I have a social education having lived through this," he said.

"These children matter… and for as long as they don't have a voice, they will have mine."

Five Conservative MPs rebelled against their party by voting with Labour – including Ms Ansell who has now stepped down as parliamentary private secretary at the Department for Environment, Food and Rural Affairs.

Explaining her decision, she said: "In these unprecedented times I am very concerned to be doing all we can to help lower income families and their children who are really struggling due to the impact of the virus."

She said that food vouchers were "not perfect" arguing that it is better to link meals to activities so children "can also benefit from extra-curricular learning and experience".

However. she added that vouchers could help families in her Eastbourne constituency who were struggling as a result of the pandemic.

The government's stance has also been criticised by Brexit Party leader Nigel Farage, who tweeted: "If the government can subsidise Eat Out to Help Out, not being seen to give poor kids lunch in the school holidays looks mean and is wrong."

But Conservative MP for Bassetlaw MP Brendan Clarke-Smith – who says he was a recipient of free school meals when he was a child – opposed the motion.

"Where is the slick PR campaign encouraging absent parents to take some responsibility for their children?," he asked.

"I do not believe in nationalising children, instead we need to get back to the idea of taking responsibility.

"This means less celebrity virtue signalling on Twitter by proxy and more action to tackle the real causes of child poverty."

"Now I have no doubt that Mr Rashford is an expert in his own experience, but we should not forget that the experiences he so movingly described took place under a Labour government then supposedly at the peak of its powers in tackling child poverty in this country."