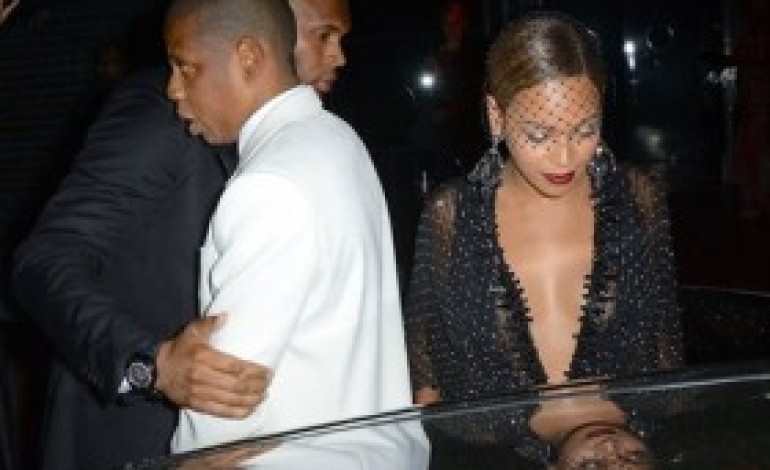 f you felt the earth shake on Thursday, July 30, it may have been from the “emergency meeting” on Beyoncé and Jay Z’s marriage.

According to the New York Post’s Page Six, Bey, Jay, concert promoter Live Nation, HBO and at least four lawyers attended the meeting to discuss the couple’s union, and all the very public rumors about their potential split. If they were just a “normal” couple going through normal struggles, it would be more private, but they are a huge, huge brand. There are millions of dollars at stake. Apparently the executives at the meeting wanted to issue a statement of some kind (like after the Solange fight), but the couple said no, because they couldn’t agree on what to say.

HBO plans to air a major special on the couple’s “On the Run” tour in September, which could get awkward — but also get plenty of rubber-necking attention — if the couple splits around then. A source said there’s fear that the tour may be canceled by San Francisco, never mind the Paris finale in September.

Lawyers have joined the tour, the source said, “and they’re not here just to see them perform. They are here to help hash things out.” Even though the stars seem happy together on stage and in public, an insider said Bey and Jay are keeping their distance. “They’re not just staying in different hotel rooms, but they have booked separate hotels, and they arrive separately to each show.” Beyonce was recently seen shopping for a new apartment in New York City, without Jay.

What’s really going on with the couple? As usual, the truth is probably somewhere in the middle: Not quite as perfectly happy as they’d like to project and and not quite as doom and gloom as some of these unnamed sources suggest. Hopefully they can just get through the tour and then take some private time, away from HBO and all other cameras, and just talk things out like a regular married couple.

See any difference? Reality star Draya claims to have removed her implants

Ladies, What Is Going On Here?

Fair Or Too Far? Landlord Refuses To Rent To Student From Sierra Leone Over Ebola Concerns

How a married woman almost seduced me -Pastor Adeboye