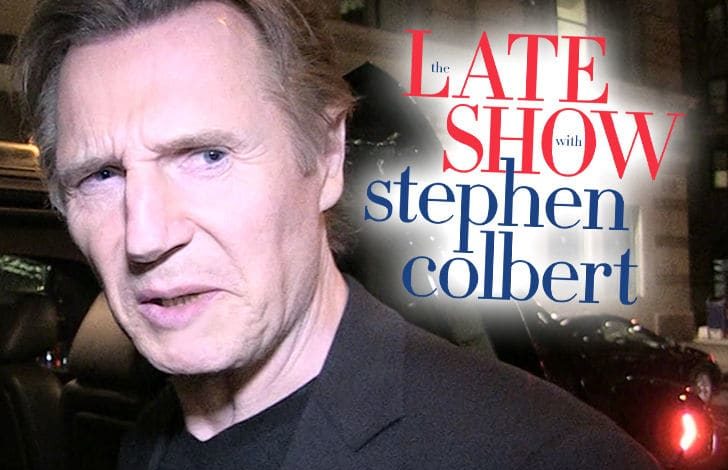 Liam Neeson is on the ropes and ducking faster than a pro boxer — he's reportedly pulled out of an interview with Stephen Colbert on the heels of his tale of seeking race-based revenge.

Neeson's backed out of a scheduled Friday night appearance on the 'Late Show' … according to The Wrap. He's clearly doing everything he can to avoid any further questions about his confession this week that 40 years ago he went out trying to kill any "black bastard" … to avenge a friend who'd been raped.

We've reached out to Liam's camp and 'The Late Show' for comment … so far, no word back.

The cancellation comes on the heels of Lionsgate pulling the plug on the red carpet for the NYC premiere of Liam's new movie, "Cold Pursuit" — again, effectively dodging questions.

Talk about a PR nightmare — Neeson made the bizarre revelation to The Independent on Monday. His follow-up interview on 'GMA' didn't help cool things down … in fact, the backlash only intensified.

Liam has expressed regret for his sick thoughts from way back then, but it's obviously not enough.

SAD! What this mother did to her baby will shock you (photo/video)

No Bra & Pants? Ciara Steps Out for Grammy Awards "Open"

7 signs that show you desperately need #love and s3 x

A Terrifying story: teenage gunman took aim at police on Scottish island - and was seconds from being shot by armed officers