Missy Elliott's being sued by the author of 'Bald is Beautiful' …. who claims the rapper stole an image of her smooth dome and slapped it on the cover of her 2016 single.

Jodi Pliszka, who has alopecia, says in her lawsuit … she never gave Missy permission to use her picture. The shot Jodi's referring to shows Missy — on her "Pep Rally" cover — wearing a top that has a bald woman's face and head on it. 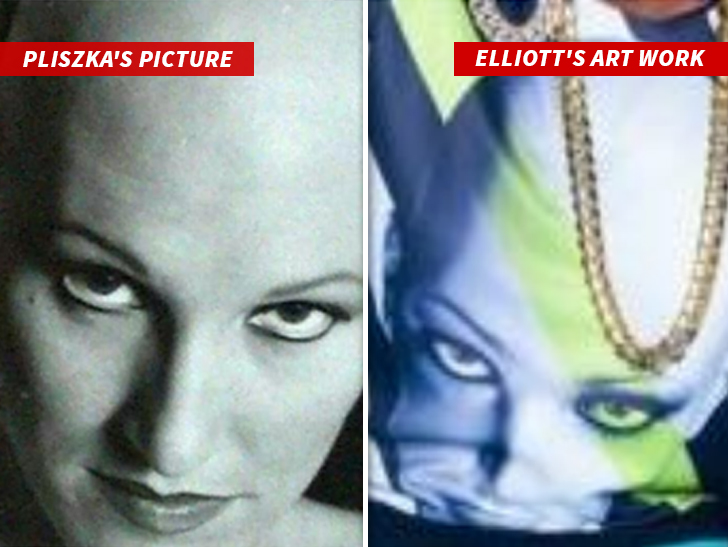 In docs obtained by TMZ, the author and motivational speaker says she did a modeling shoot years ago, and the image on Missy's chest is from that shoot.

To the naked eye … it certainly seems like the woman on Missy's tee bears some resemblance to Jodi — but whether it really is her might be a question for a jury.

Jodi's suing Missy and her label, Atlantic Records, for unspecified damages. We've reached out to Missy's camp … so far, no word back.

Jokes About Paul Walker To Be Removed From Justin Bieber Roast

Funke Akindele shows off those her sweet Legs