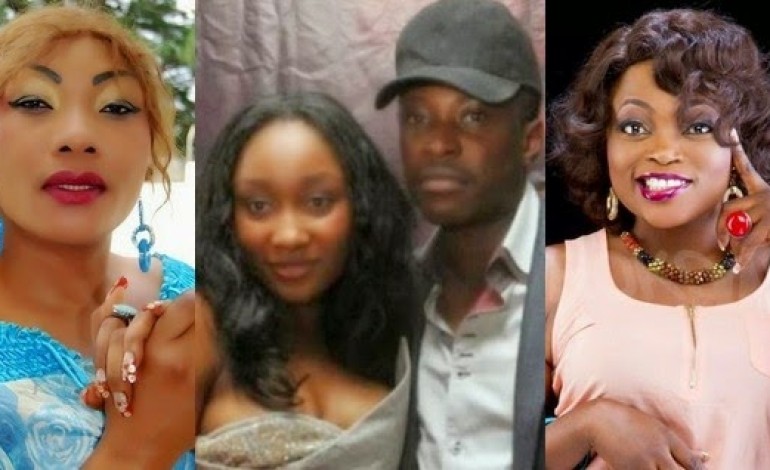 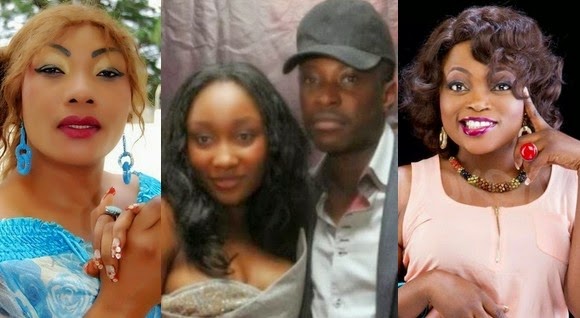 Naija movie industry has witnessed various celebrities in marital disarray. Most of them, very heartbreaking and disappointing to their fans. Here are the popular marriage breakups that shocked and rocked Nollywood:

Funke Akindele
Funke’s marriage to Alhaji Almaroof crashed barely after a year. Almaroof, the man who stole Funke’s heart last year, swept her off her feet and landed her in the altar, has become a serial baby daddy, keeping a string of affairs, and even returning to the women he had prior to the celebrity wedding with Funke Akindele, it was only a matter of time before it was all out in the air. [One of them then said, “it’s over”]

Eucharia Anunobi:
Although, Eucharia wanted her marriage with Charles Ekwu to last, the ex-hubby had other plans as he depended on the actress for his own welfare and that of the family until he was caught red-handed making love to their 13 year-old house girl.

Laide Bakare:
The story of Laide Bakare’s separation from her ex-husband has remained a puzzle for many reasons. This is because of the fact that the more she tries to exonerate herself, the messier the situation she found herself as her ex has refused to let go of the matter. Similar to the Lola Alao case, ex husband has said terrible things about Laide.

Mbong and Jeta Amata:
The separation before the eventual divorce was very evident. There was no secret about the break up on the social media. Jeta was open about the whole affair and in fact, he sent out releases and posted on Facebook the reasons the relationship could no longer continue and the inevitable collapse.

Ayo Adesanya and Goriola Hassan:
Their marriage crashed abruptly, Goriola who did not hesitate to make his regrets in marrying the actress known publicly some months back described his marriage to Ayo as boarding a ‘one-chance’ vehicle and that if not for the sake of the child they had together, he would have revealed many dirty secrets about her.

Monalisa Chinda and Dejo Richards:
Monalisa shocked her fans when she announced years back that she has left her marriage over domestic violence and abuse. Practically ran for her life, which sparked controversial war of words between Dejo and Mr Kool (Monalisa’s Uncle). Dejo Richards has since been married several times to different women.

Stephanie Okereke Married to Chikelue Iloanus:
But she parted ways with her footballer husband – they only got married in 2004 and divorced in 2007. There were accusations of infidelity. Iloanusi also blamed his mother-in-law too.

Lola Alao:
Lola Alao’s former husband has said several things about her in the media. Dare, a renowed car dealer said he was under diabolic influence when he married her and claimed she is a fetish being. She is however married again. Doris Simeon and Daniel Ademonikan:

The duo’s separation generated so much controversy and fingers were pointed at various people in the entertainment industry as cause of their break up. They have a son together and they have both moved on with their lives

Foluke Daramola:
This cross over actress was married to Tunde Sobowale, son of former Lagos State Commissioner of Education, Professor Sobowale. A few years after the crash of that marriage, Foluke is now remarried to Mr. Kayode Salako.

Regina Askia:
Regina Askia was briefly married to a moneybag, Charles Orie, but she dumped him for American Ruddy Williams.

Fathia and Saheed Balogun:
When the relationship between Yoruba star actor, Saheed Balogun and his erstwhile wife, Fathia hit the rocks following allegations of infidelity. Many fans of these actors were pained at their separation. Fathis recently said she is still ‘legally’ married to Saheed, though separated.

Shan George:
Shan first got married as a teenager but left the marriage after giving birth to two boys. She later married a US-based guy, Tony Nwosisi, but she later found out that the man was married to another woman who had given him children at the time of his marriage to Shan, so she decided to quit the marriage for good.

Stella Damasus:
Stella and Emeka Nzeribe didn’t stay up to a year in their marriage to the consternation of fans. The union crashed after nine months like a still-birth.

Kate Henshaw:
Kate and her British ex, Rod Nuttal shocked fans with their separation after about 10 years of marriage, which produced a daughter.

Anne Njemanze and Segun Arinze:
Fans were elated when the then very beautiful Ann married Segun but were shocked when Anne left the marriage, which broke Arinze’s heart. The marriage produced a daughter who is about 17 years now.

Jibola Dabo and Binta Mogaji:
Their union crashed over accusation of infidelity. Binta had accused Jibola of bringing various women into the matrimonial home.

Juliet Ibrahim:
Pretty Juliet’s marriage to pilot Kwadwo Safo ended a while ago and Juliet recently announced it. The marriage, which produced a son, crashed over Mr Safo’s alleged cheating habit and his family’s unnecessary interferences.

5 Steps To Just STOP Jealousy And Save Your Relationship