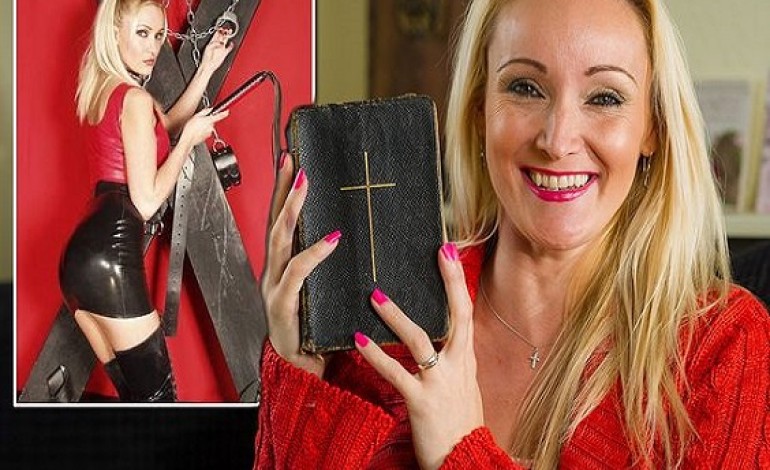 Now happily married to a man and expecting her first child with husband Scott. She recounts her ordeal making her living from X-rated movies.

Between 1998 and 2009, the 36-year-old slept with more than 100 women on camera and appeared naked in adult magazines including Playboy, Penthouse and Hustler.

Teresa’s entry into the world of glamour modelling began innocently enough with a few head shots for local photographers. But it wasn’t long before offers of work started rolling in and she was signed by a top London agency.

She said: “It started really just taking your top off. That was really nerve-racking at first, but obviously it progressed until that was normal, then it was ‘would you do nude?’

“And going from topless to nude wasn’t such a big step as going from clothed to topless, so it moved from that, to standing next to a girl, to hugging a girl, to kissing a girl, then all of a sudden it’s no longer stills, it’s video.

“That kind of lifestyle, you get that fix, that’s kind of the allure, but while that’s going on, there’s deeper things creeping up on you.”

“I wasn’t really attracted to women,” she said. “The whole sexual thing was not on my radar at all, it was just the way I looked worked well for it.”

“I was completely cynical in that way. When you do it everyday, it’s as normal as going into the cupboard and seeing if there’s any crisps available, it’s that normal.

“You’re doing it day in, day out. It’s never real anyway, as much as girls like to pretend it is because it’s good for business. It was all fake.”

Teresa met husband Scott when she was 17 – and the car salesman claims that six days before their meeting, he had a sixth sense that he would meet the woman he would marry that day.

Teresa was actually seeing someone else at the time – but the couple immediately clicked and Scott was happy to settle down.

But Teresa’s life changed forever after her and Scott experienced a religious epiphany – in which they say they came face-to-face with Jesus while listening to The Beatles’ track ‘Across The Universe’.

The couple had been studying everything from Egyptology and UFOs to Buddhism and the Quran in search of life’s big truths.

Teresa said: “We had been reading the Gospel of John, the fourth gospel, and it was a day like any other.

“I’d finished work, he’d finished uploading some of my pictures to the internet, we were chilling out listening to music, and we had an out of body experience together.”

“We came face-to-face with Jesus, and from that moment on our lives have been changed.”

She added: “I didn’t get any sense of condemnation from [Jesus], that all came from myself and from other people.

“It’s was more ‘When you’re ready, you can come with me.’

“It was really a testament to my faith that I thought ‘I’m going to have to cut this out and I have faith that God is going to lead me into something better’.”

Woman confesses: I use my Urine to prepare Moi-Moi for Sale

Wendy Williams is 50 & Fabulous! See Her Look to Birthday Bash