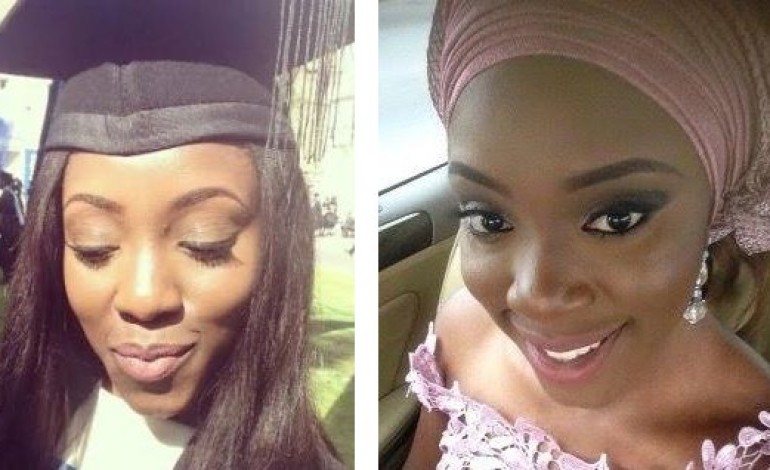 Oh dear…what a life! 25 years old Doyin Sarah Fagbenro completed her First and Second degrees in Law in the UK and relocated to Nigeria recently after spending most of her life there. Sadly, this beautiful lady died in a fatal accident along Lekki-Epe expressway in Lagos, caused by a reckless Danfo driver.
Her cousin, Ken Davidson, paid a touching tribute to her. This is so sad. See it and more photos…
DSF: Tribute To A Shining Starlet. Oh death! Where is thy sting? O grave, where is thy victory? Another Casualty of a broken and failed State. Your story is particularly Gut Wrenching as it is equally heartbreaking.
You spent near enough all but two of your 25 years on earth in the Country of your Birth, the United Kingdom where your Parents and entire family reside. You were born, bred and educated in the United Kingdom. But two years ago, immediately after you graduated, you elected to visit Nigeria where your Grandparents reside – both of whom are in their Mid Eighties. 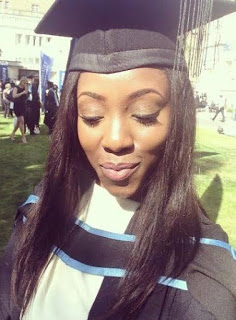 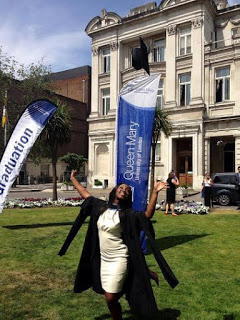 You signed up for the National Youth Service having freshly graduated with a sterling First Degree in Law and a Post Grad immediately afterwards. You were headhunted by an Energy Firm before you completed your NYSC and a presto you gallantly announced to your Nervous Parents – Dad a Diplomat with the United Nations based in Italy and Mum a Pharmacist based in the United Kingdom, your country of Birth – that you were going to permanently relocate and make Nigeria your permanent abode. Your Grandparents were ecstatic, you being their most favourite Grand Daughter.
You were a straight A student right from when you passed your GCSEs through to when you excelled in your A'levels…so much so that Prestigious Queen Mary's London University snapped you to study Law. You missed a First by whisker's. Nevertheless you made your mark all the way through. Then it all came crashing down.
What was supposed to be a routine journey to Church on a relatively sombre, otherwise uneventful Sunday morning on the Lekki/Ajah Expressway around the Lekki Phase 1 approach turned into a living and eternal nightmare for those of us left struggling to pick up the pieces. Our lives changed forever, never to be the same again.
A victim of the reckless and probably high on drinks/drugs 'Danfo' Driver. The most galling of the entire episode was the fact that the driver of that Danfo survived unscathed, RAN away from the scene leaving a trail of Death and Destruction in his wake. Four people died at the scene. Your New Toyota Corolla was a crumpled wreck. But the Fighter that you were, despite massive injuries, you fought and fought and fought.
Your Dad, via his status at the United Nations, got you into Lagoon Hospital where you were for a few days. When it became clear that the extent of your injuries was too severe for the local facilities here in Nigeria, An Air Ambulance was scrambled from the United Kingdom to get you much needed Specialist Care in the United Kingdom. Your tireless mum who flew in from the United Kingdom, barely 48 hours after the accident, accompanied you in the Air Ambulance. Still we Prayed and Prayed and Hoped for the Best.
Sadly We lost you a day after you arrived in the United Kingdom. The Surgeons tried desperately. You fought desperately to hang on. But in the end, it was not to be. The pain is palpably raw as it is numbling. We asked again and again, Why you? Why You? If only you had stayed on in the country of your Birth, If only…so many questions but very few answers. Your Parents, Your Grandparents, Oh! Your Grandma, with whom you celebrated her 80th Birthday over here in Nigeria a few years ago has refused to eat since she was informed of your passing nearly a week ago…All she repeatedly does is wail, wail to space "God Take Me instead, Give My Granddaughter back to Nigeria. Nigeria Needs Her, Her Parents Need her. God Take me. God Take Me.".
These are indeed extremely perilous times. And so it was that having just spent barely a few weeks in Nigeria after a prolonged Winter holiday and Christmas in the United Kingdom with family and friends, I now find myself in the rather unenviable position of scrambling for the next flight out back to the United Kingdom just so that I can attend your Funeral this weekend. Someone retorted to me "Oh, you know, 'our tradition' forbids older relatives attending and being present at funerals where the deceased is much younger than us…" I snapped back, which tradition? And what has tradition ever done for us? What did Tradition ever give to HER?
I am here like a Zombie, mechanically and circuitously packing a few items for my flight out in the morning. The Family has decided that yours would be a Celebratory Sending Forth, so RED rather than the traditional Grey, Black would be the colour to be worn on the Day. DSF as you were very fondly called, you touched so many lives in the quarter century, (twenty five years only!) you ran your race on earth. 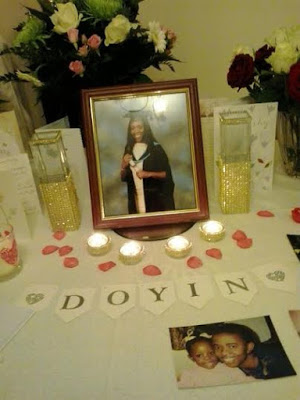 You were considerate to the end so much so that you waited until you got back home – nearer your parents and many siblings – before you finally bade the World Farewell. Doyin Sarah Fagbenro, My Learned Friend in the Profession, My lil Sister, My Cousin, Sleep Well till we meet again.
O Death! Where is Thy Sting!
(Doyin Sarah Fagbenro, 1990 – 2016)
– Such a beautiful lady gone all because of someone's reckless driving. May her soul RIP. Amen!
Read More

Jordan hangs two terrorists in retaliation for killing of pilot

Biafra? Ben Bruce speaks on the issue of national unity

Powerful Ex-Governor Under Watch In Dubai Over $517m Loot

LADIES – 6 Signs He Is Probably Cheating On You

Maheeda Compares Her Butt With Rihanna’s In New Picture