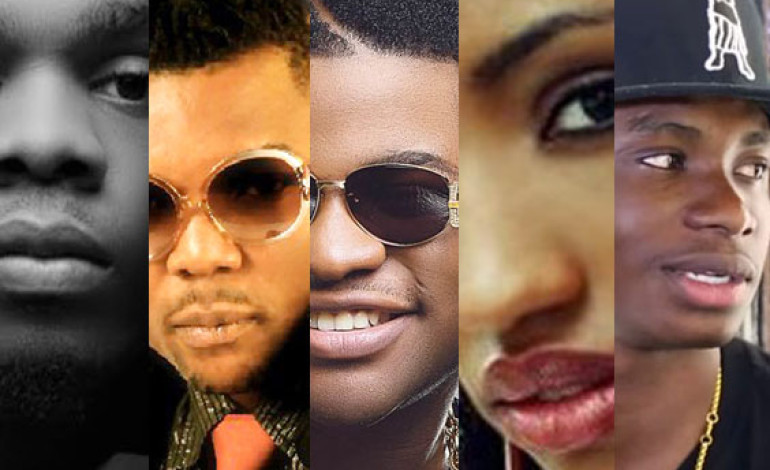 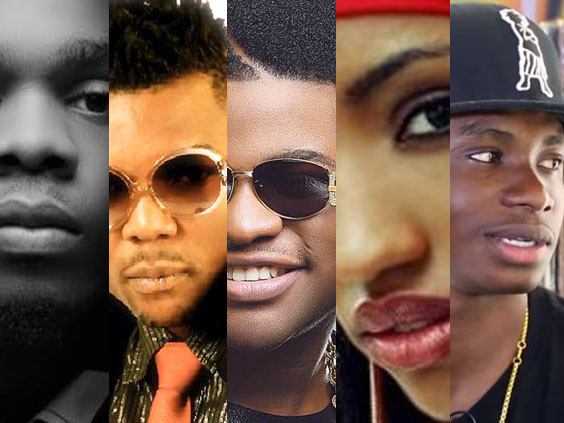 2014 saw the rise of artists and the fall of some. After publishing our #2014REVIEW: Top 10 Nigerian Artists Who Failed To Make Hits This Year, we thought it fitting to feature the artists who rose to shine this year. Enjoy the list below:

2014 saw Oritse Femi winning a lot including shows in Europe, successful collaborations with Ice Prince and hit singles Body & Soul and Double Wahala which won the Headies award for Best Street Hop. He also got a brand new Range Rover Evogue which was replaced after he crashed it. The Double Wahala crooner also moved from Ajegunle to his Lekki home.

Patoranking whose birth name is Patrick Okorie went home with the much coveted Next Rated award at the Headies Award 2014 which comes with a Hyundai SUV. The singer who in his acceptance speech revealed that he was a former rat poison seller and bricklayer is also a proud owner of a Range Rover Sport scored one of the hottest collaborations this year in Girlie O with Tiwa Savage as well as Murda with Seyi Shay and Shaydee.

The year started off rough for Skales as he was dropped off the EME roster – Shaydee who came after him even seemed to be making more headway. After releasing a couple of songs independently, Baseline Records snatched him off in a lucrative contract. Soon after, his Shake Body single took the Nigerian dance music scene by storm, launching his biggest single ever.

Runtown Gallardo in January and since then he has been on a roll. With more successful singles like Baby Answer, a feature on M.I.’s much anticipated album as well as a lucrative recording deal with Ericmanny Entertainment, it is easy to tell that Runtown really came to the limelight in 2014. Runtown was also a nominee for Next Rated Act at the 2014 Headies.

Probably the biggest winners in this category are Dija, Reekado Banks and Korede Bello. Signed to Mavin Records by Don Jazzy himself, the trio have had an amazing run this year. Each releasing at least well publicized songs and creating dedicated fan bases, the height of their career this year is on Dorobucci and Adaobi where Don Jazzy took them by hand and led them right to hits. Korede Bello scored an endorsement with Woodin Clothing and Newest Artist of the Year at The Future Awards while Reekado Banks won Rookie of the Year at the Headies 2014.

Olamide’s act Lil Kesh really burst into the spotlight this year with his Shoki single. The party song which comes complete with a dance was beamed to the spotlight when Lil Kesh featured Davido and Olamide on a remix. Since then, Nigerians have been hooked which also inspired more remixes from Kesh. Here’s to hoping he will be able to catch out attention with another banger like this.

VIDEO: B Sleek – Body Badt Like That ft. Skales

4 Reasons You Should Drink Your Wife's Breast Milk

Guardiola Never Met With Man Utd Reps, He Is Off To Man City – Report