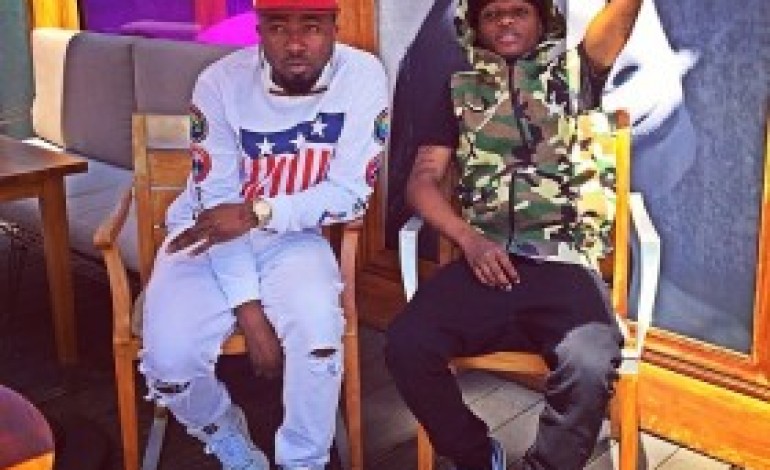 Late last night, a video surfaced on the media space where Davido openly addressed and cleared doubts on a recent Twitter spat with Wizkid. And all the while I kept thinking, what’s a Nigerian music industry without these two – Davido and Wizkid?

For Davido, the stakes changed this 2014 when he became Africa’s man of the moment, carting away all the awards in the categories he was nominated – a reward for the test of his music artship and career consistency. Wizkid on the other hand, seems to be struggling with a talent that has almost waned. When a Wizkid (for goodness sake) feels the need to fire a shot at Davido on something as little as artiste prominence, then you know he’s feeling threatened. Left to me, I’d have thought that artiste prominence wouldn’t even be reason enough for a spat between these two uber talented and rightly placed guys. But when Davido is fast catching on in places where Wizkid thought he reigned supreme, that might pose a bit of discomfort.

Nigerian-in-diaspora rapper, Wale added a dramatic twist to this rivalry. Wizkid featured Wale first on Drop and even got him to tweet and Instagram an awful lot about him. Guy was really feeling like a boss. I think I even read somewhere that Wizkid began acting like he owned Wale, well until Olamide came along and got out with Make Us Proud while featuring him but no, shots weren’t fired. The best part would be Davido (I really want to laugh right this moment) who has also gone on to feature same Wale on Won Le Ba (a track soon-to-be released) and even shared some scoop recently about a Drake offing in the near future.

Prior to this time, it would be only 2face and Timaya who had international artistes with such big weights for music features. So while Wizkid ruled the younger generation rolling around with Chris Brown, Rihanna, Tyga and Justin Bieber, little Davido was supposed to be okay with his African crew comprising Mafikizolo, Sarkodie, Toofan and Diamond Platnumz. But since his global announcement on the MTV and BET platform, he’s geared himself up for an international breakout that will shelve Wizkid’s smoke blowing famzitude in a tight corner. And he’s achieved this feat by simply keeping at his music art.

Interestingly, Davido is up for another prestigious 2014 award having secured a nomination in The Future Awards Prize for African Young Person of the Year and still, I say there is no basis for comparison because in the years 2011 and 2012 when it rained Wizkid, we didn’t scamper for shelter, instead we waited his downpour and cheered him on with loud ovation. Clearly, it’s Davido’s turn and we shouldn’t have a problem doing same. He’s worked for it, so he totally deserves every recognition he’s getting from it just like Wizkid did too some years back.

Vermaelen Ruled Out For The Rest Of The Season

SHAME: Why Are These Big Girls Messing Up Like This? [PHOTOS]

Guys; See How To Know When A Nigerian Girl Don't Want You

Nicki Minaj is a groupie, I made her who she is but she ditched me -Ex-Manager Big Fendi