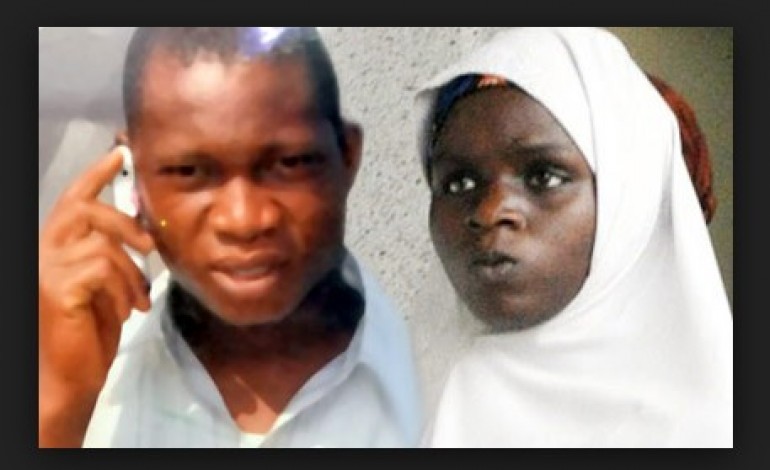 Mrs. Rose Oruru, the mother of 14-year-old Ese Oruru, has said Yunusa Dahiru, aka Yellow, betrayed her and her family by abducting her teenage daughter from Bayelsa to his home in Kano.
The controversial incident started in August 2015. The teenage girl was allegedly forced to convert to Islam and forced into marriage with Yunusa.
Ese’s mother has also countered some claims by Yunusa’s father…
Mrs. Oruru dismissed the claim by Yunusa’s father that the abductor had stayed with the Orurus for 10 years as a house help. The teenager’s mother said they only got to know Yunusa at about 2012.
According to Punch, this was the period Yinusa came to the Opolo area, where the residence of the Orurus was located. Yunusa usually helped people carry their loads from the market.
That was how the Orurus got to know him.
Rose also said sometime in 2012, the family decided to help him with somewhere to sleep at night.
Before then, Yunusa usually slept in different places in the area, including churches.
She said, “Yunusa was one of the Hausa people in the area, and he used to come to my shop to buy food, and sometimes when he did not have money, we would sell to him on credit or give him food for free.
“When we discovered that he needed a place to lay his head at night, I decided to help him by allowing him to pass the night in the shop, but not to live there.
“We did not know he would turn against us and kidnap our daughter. Yunusa betrayed me and my family, despite how we helped him.”
Rose described him as someone who was known to people around the area because he was friendly .
She said he sold firewood for some time until someone in the area gave him a tricycle to ride.
“I remember that he behaved like a good person; people in our area knew him very well. Nobody would have thought he could do such a thing,” she added.
According to Rose, Yunusa was asked to stop coming to sleep in her shop in 2013 after some items got missing in the shop.
Rose said items such as rice and bottles of soft drinks disapperared.
She said, “That was when I became suspicious. Since I could not prove it, I just asked him to stop coming to the shop to pass the night. This was in late 2012 or early 2013.
“I had to start locking the fridge and my cupboard. Why would I do that if I had trusted him?”
She said people who said Ese willingly travelled to Kano with him did not know Yunusas history.
She recalled that a few weeks after she asked Yunusa to stop coming to sleep in her shop, her shop was burgled.
She said she lost valuables, including food items and a big television set that came with a DVD player.
“That television set was even bigger than the one currently in my shop. We do not want to lay blame on anyone because we could not say that this was the person that did it,” she added.
She said a year later, Yunusa started coming to the shop to buy food.
She said, “He came one day to beg me to forgive him. I then told him that I did not hold anything against him that I had forgiven him.
“But how could I have known that he was planning to do something bad to my daughter?
“I know my daughter, Ese, she would never have done such a thing with someone like Yunusa. She did not go to Kano with him on her own accord.” 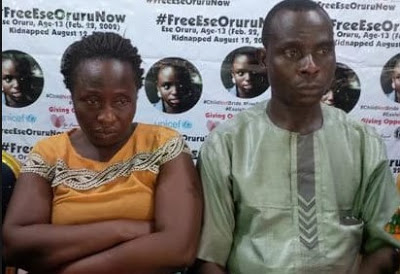 It was learnt that the police had carried out different tests on Ese, including pregnancy and HIV/AIDS tests.
On Ese’s abductor, Yunusa, the police spokesperson said he had been transfered to Bayelsa State, where he would be tried for his crime.
Claim of innocence irrelevant
The Inspector-General of Police, Mr. Solomon Arase, has dismissed the claim by the father of Yunusa Dahiru that his son had not committed any crime. Let the case go to court, we’ll follow up.
Read More

King of Jordan planning to lead airstrikes against ISIS himself?

Obese patients may face NHS surgery ban to save money

'If u're a single parent due to fornication, go to God for forgiveness' - Sunmbo Ajaba

Wow! Meet this 100-year-old bridesmaid who stole the show at a wedding (photos)

Osborne and Howard at odds over EU exit