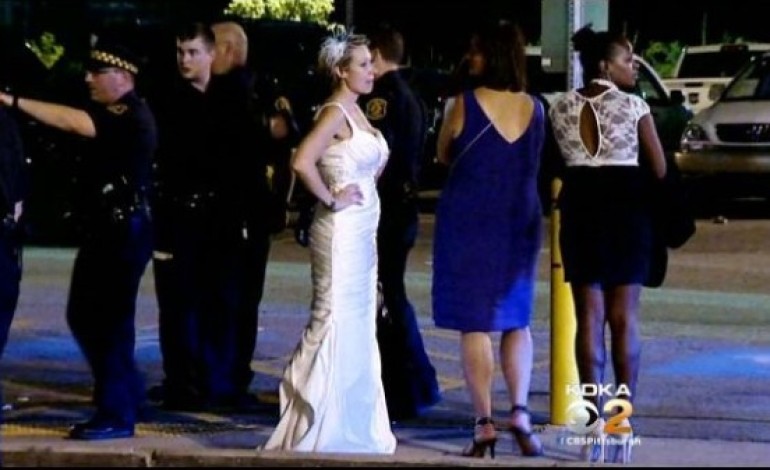 There may be no “happily ever after” for these newlyweds.

A wedding reception in Pittsburgh turned ugly on Monday night when the groom got into a fight after allegedly flirting with one of the reception workers,  who was pregnant, CBS Pittsburgh reports.

According to reports, the saga began when the groom, 33-year-old Mark Williams started getting “touch feely” with the reception worker, flirting with her and trying to “pour ALCOHOL

down her throat” even after she told him she was pregnant.

Furious, the woman called her boyfriend and told him about the incident. And so the boyfriend, 20-year-old Tyler Smith went to the reception and confronted the groom, and they began to fight. Smith’s BROTHER

Police arrived at the scene and found two of the three men covered in blood. They were all arrested, and have since been released.

Eww...cockroach runs over a girl's body as she films a sexy video...but she ignores it...lol

After being allegedly sacked from Cool Fm, what Bovi did to Freeze will shock you (photo)