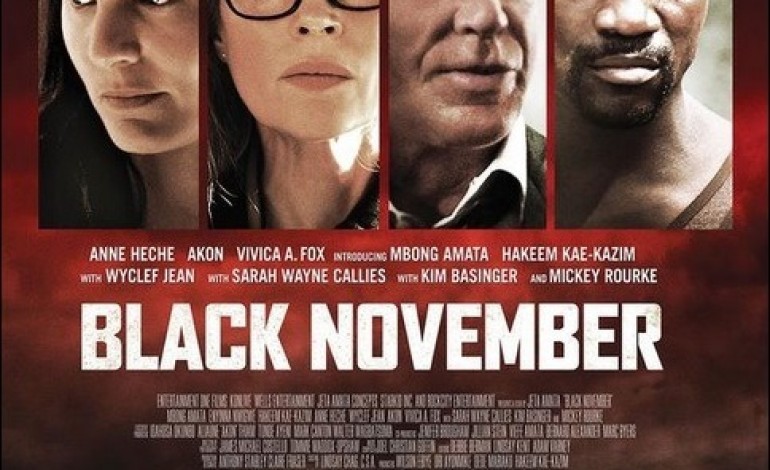 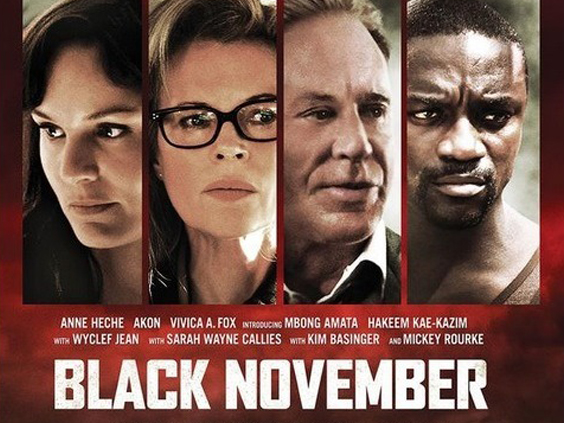 The new trailer of Black November shown below tells a lot that post-production is a very key and vital aspect of film making. This movie is a brilliant story which is intended to garner a larger audience and not just to entertain but to deliver a pertinent message of concern to all.

This much anticipated action packed movie by Jeta Amata will be first made available to the American audience on January 9th, 2015 and can be watched via theatres, Video-on-Demand (VOD) and iTunes. It will then be available in Africa by the 30th of January.

The action flick is a synergy between the western movie powerhouse Hollywood and our own Nollywood, a fusion that added much elements of explosive action and quality visual-audio effects which are the particular trademark of the Hollywood film producers.

The movie is full of action with a star-studded cast but tampered with a moral message against exploitation of the dispossessed people and corruption of power with a special concern for the environmental damages due to excessive oil drilling in the Niger-Delta area in Nigeria. Some of the casts in the movie include, but not limited to: Akon, Wyclef Jean, Mickey Rourke, Kim Bassinger, Anne Heche, Sarah Wayne, Vivica A. Fox, Hakeem Kae-Kazim, Razaaq Adoti, Tina Redmond, Mbong Amata, Ibrahim Aba-Gana, Fred Amata, Robert Peters, O.C. Ukeje, Zack Amata, Asenshion Amun. Most of the names are not new in both Hollywood and Nollywood, as they are a ‘constellation’ of stars that have held the imagination of the entertainment industry for many years. The mention of the star studded cast alone is able to pip the interest of the movie aficionados. Even more so, when it is combined with the maestro direction of Jeta Amata, a name that rings a bell in the Nollywood film industry.

The movie is about the overexploitation of land and extensive damages to the environment coupled with dispossession of the hapless people that happened to the abode on land and having to bear the price of this greed is the proverbial ‘last straw that broke the camel’s back’. They organized a band to kidnap an American oil executive and demanded that their voices be heard. The movie was actually inspired by an actual event. As such, the flick with its anticipated large audiences garnered help to give a voice to the cause of this particular and pressing issue that is impacting not just Nigeria but the wider continent where the effects of globalization and zealous commercialization have led to the over exploitation of natural resources often with the adversarial consequences to the poor and indigent people.

The hapless masses who derived little from the proceeds of global insatiable appetite for natural resources but have to bear the wrath of environmental damages is a very clear and realistic issue today. Raw materials are much needed as fodder to the engine of growth driving the world’s economy and much of it are sourced from the continent.

Kendrick Lamar and The Weeknd to Perform on Grammy Awards® Show