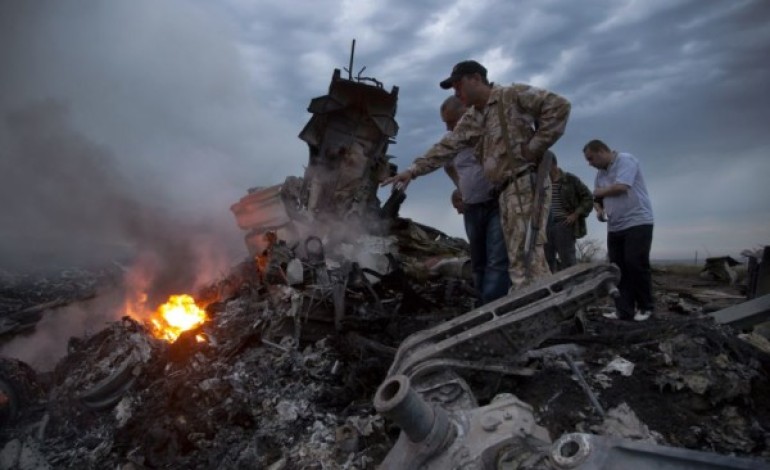 Some audio recordings have been discovered that allegedly reveal some pro-Russian separatists’  stating that they shot down Malaysia Airlines Flight MH17.

The recordings, were reportedly translated and disseminated by Ukrainian officials, according to CNN.

Some excerpts of the alleged audio recordings of the phone calls have been released:

Bezler: We have just shot down a plane. Group Minera. It fell down beyond Yenakievo (Donetsk Oblast).

Vasili Geranin: Pilots. Where are the pilots? Bezler: Gone to search for and photograph the plane. It’s smoking.

Geranin: How many minutes ago?

Major: The plane broke into pieces in the air … we have found the first 200 (dead). It’s a civilian.”

Grek: “How are things going there?”

M: “F–k! The debris was falling straight into the yards.”

G: “Are there any weapons?”

Here’s an excerpt of another conversation between other separatists that was allegedly intercepted:

Militant: “On TV, they say like it is a Ukrainian An-26, a transport plane. But the writing says ‘Malaysia Airlines.’ What was it doing over the territory of Ukraine?”

Kozitsyn: “Well then it was bringing spies. Why the hell were they flying? This is war going on.”

Pictured: Dentist at centre of police probe into death of woman and infection alert as more than 22,000 patients urged to get tested for HIV and hepatitis

Don Jazzy Reveals Why He Is Not Married Yet, His Reason Will Stun You! Featured

7 Signs The Person You Love Is TOXIC