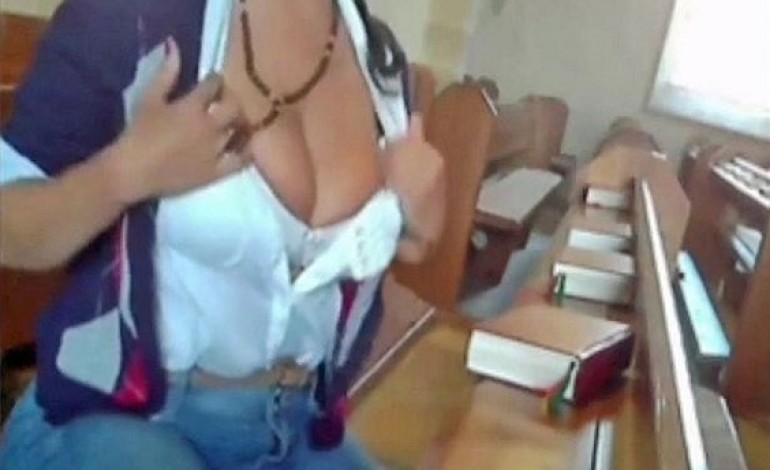 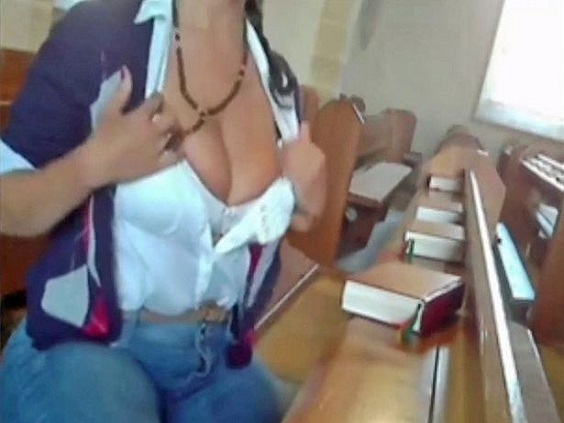 She was later given a three-month suspended prison sentence.

Although the Polish-born woman’s face was not visible in the films, an informant tipped off police after an appeal for information.
Local priest Bernhard Pauer notified police after a parishioner in Hoersching, Austria, spotted the inside of the church in the clip while surfing the internet.

The film, which shows the woman opening her top and caressing her breasts, does not show her head. Her hands are visible and she is holding what appears to be a Bible and a rosary, as well as a sex toy which she uses on herself.

According to detectives, she had made similar films under the name ‘Babsi’, which made easy to match her to the video made in the church.

In the end it was decided that it was not necessary as the woman’s sins had not been enough to drive out God. Outside court, Babsi, as she has been referred to by local media, said: “To be honest I find the whole thing completely inhuman. I didn’t have any idea it was illegal.

“But I am proud of the fact that the whole country has been looking at these videos, it’s because I’m simply really good at what I do.”

She has apologised to the priest and been ordered to pay £4,230 – roughly half of what she had earned, from the videos.

Picture This: Pictures from the set of LONDON HAS FALLEN

What We See in Nigeria Today: Rich Churches, Poor Members

Is That 4 ReaL Busted! Nollywood actress Ebube Nwagbo in a Lez scandal(photo)