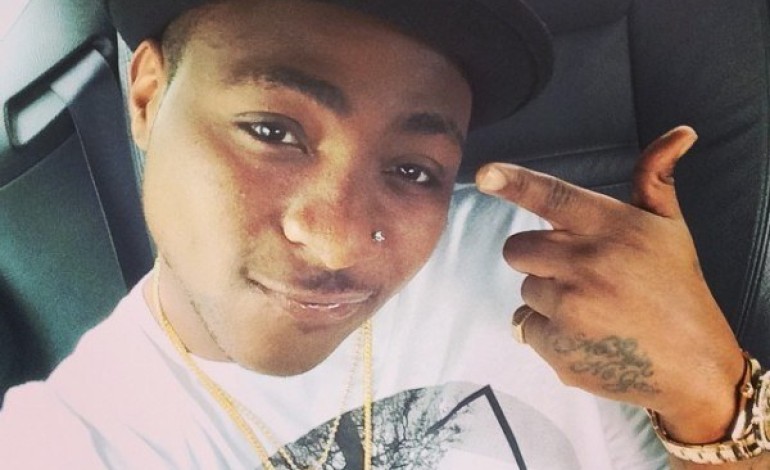 Davido shared this photo on his arrival and captioned it ‘Abidjan with love’. Photo: Instagram

But Davido is now fighting off another war, following massive fan hate today, over his post on the deadly Ebola virus.

Davido who is currently in Ivory Coast, Abidjan for a tour shared a picture of himself upon arrival. Barely hours later he shares another picture where he’s surrounded by soldiers and captioned it ‘Protected!! 0 EBOLA!!’.

Immediately, the fans of the BET Award winner lashed out at him for not taking the deadly Ebola Virus which has killed so many people serious.

Check out some reaction below…

@djdeemex ‘You see why wizkid is smarter than you … idiot ! you think its smart to make ebola joke !’

@brandonpesong ‘What a shame davido. U could lost ur career cause of that.”

@walewallace ‘Why you taking pics posing like a bitch’

@nawalovato ‘Your full of shit twwww you should of checked your self back when you were in Nigeria they have in fact detected Ebola there . Twww respect your self’

Davido surrounded by soldiers. He shared the photo with the caption ‘Protected!! 0 EBOLA!!’. Photo: Davido/Instagram

What can We Wizkid and Davido's Fight Is Getting Very Messy

LOL! Here’s how these Nigerian celebrities entered the new month

SHAME: Why Are These Big Girls Messing Up Like This? [PHOTOS]