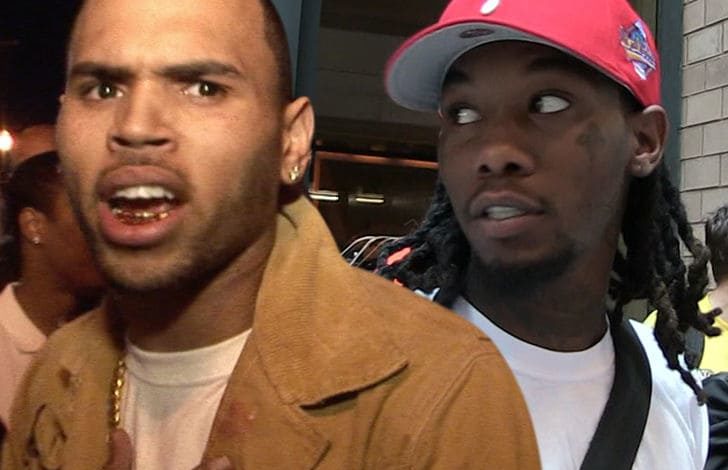 Chris Brown is going after Offset as their beef over 21 Savage continues to escalate … with CB challenging Offset to a fight, and telling him to suck his d***.

Chris went NUCLEAR after the Migos rapper called him "lame" for posting a meme poking fun at 21 Savage for being from the United Kingdom. 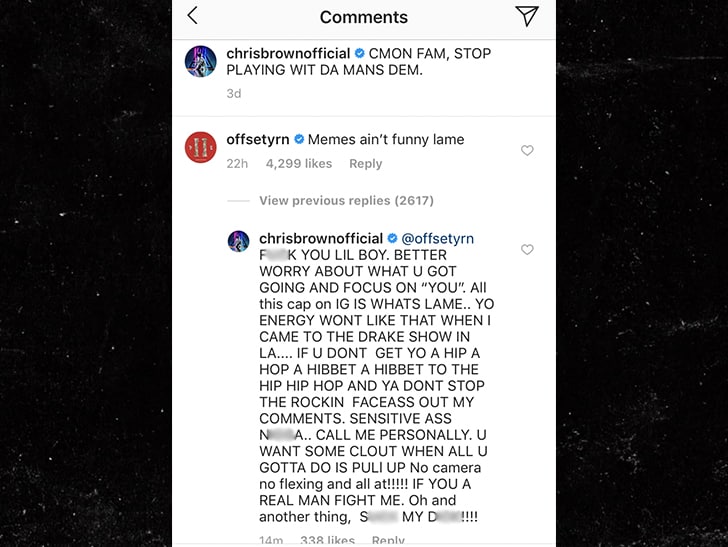 CB came back for seconds, because he hurled more insults … adding this on top of his prior barbs, "If he don't get his EARTH WIND AND FIRE pootytang space suits WEARING CAP ASS LIL BOY da f*** out my comments and off my d***."

As you know, Offset and 21 have been close for years … and it seems Offset isn't taking crap from anyone making fun of his boy for getting detained by ICE, a saga that's revealed 21 is actually from the UK and not from Atlanta.

As for the meme Breezy posted that led Offset to call him out … it's a 21 Savage music video with a British-sounding rapper doing a voice-over.