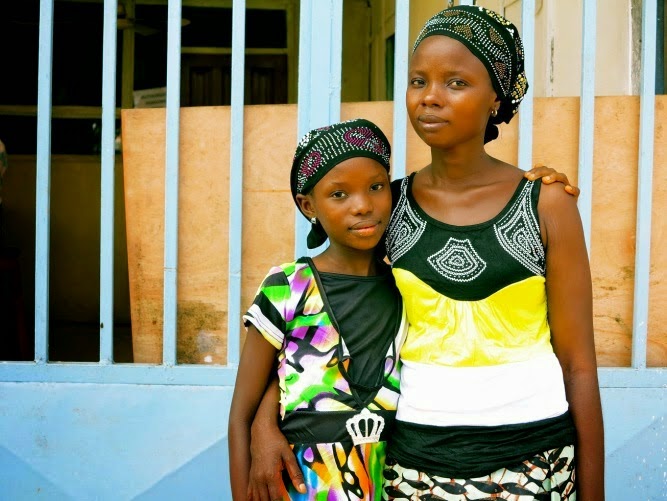 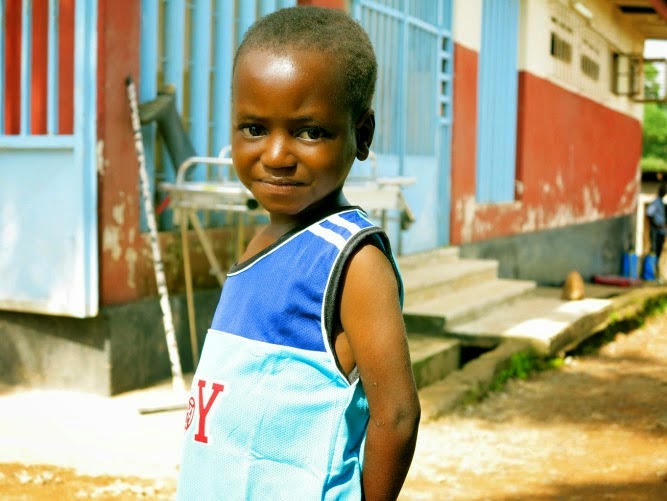 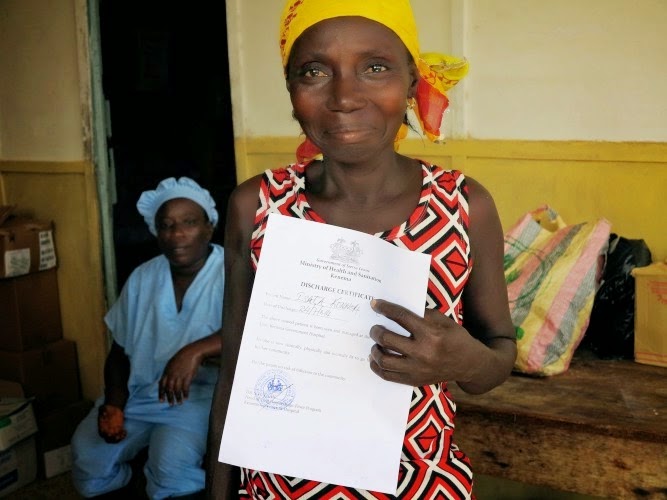 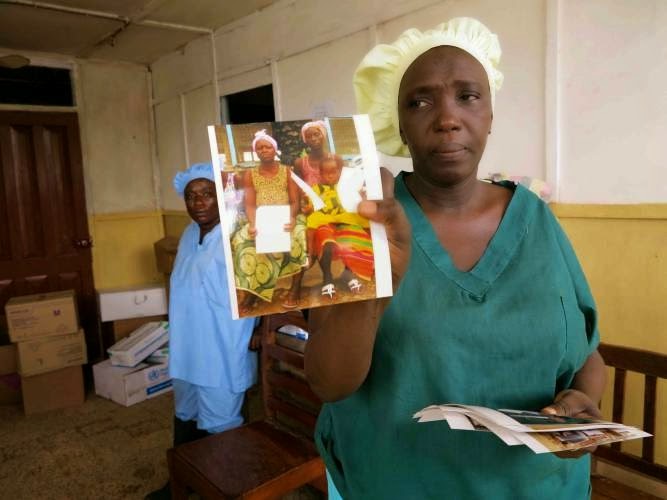 Before patients leave the ward, they are presented with transport money to get home (about US$10), a clean set of clothes, and a certificate declaring that they are healthy and no longer have Ebola. They are photographed and congratulated by staff, and in humble way, celebrated for their resilience. Vandy was also given a small plastic truck and showed it off to all the nurses before he left the restricted compound area with an enormous grin on his face.
“It’s nice for the children to have a toy before they go, it makes them happy, look at Vandy,” said Sister Nancy.Isata Konneh (35) was another patient who I met leaving the ward. She had tears in her eyes and proudly displayed her certificate to the nurses “I am so happy for this day, I thank God that he has helped me survive” she says.Many of those contracting the virus are themselves health workers who come in daily contact with very sick patients. Six nurses from the Kenema Treatment Centre, have died. Among the staff infected is survivor Fatmata Sesay who I met after she was released from the ward along with her 11-year-old daughter Tata. Fatmata spent three weeks in the ward while Tata was there for two, “I am the happiest person in the world right now.”,“I knew I was very sick as I was bleeding through my nose and vomiting blood clots, but I am lucky, I am better now and so is Tata. It is not easy to recover from this terrible disease,” says Fatmata.

8 Major Signs He’s ONLY Using You For s*x