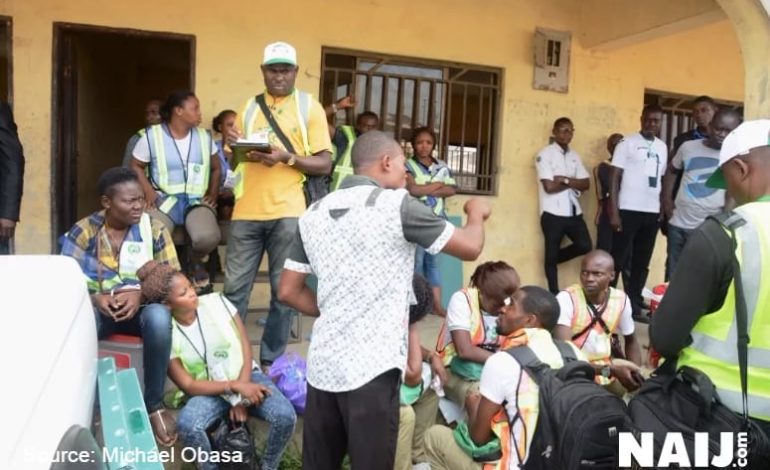 – Odinkalu lamented the state of judiciary, National Assembly and the main electoral body in the country

A former chairman of the National Human Rights Commission, Chidi Odinkalu, has raised alarm that 2019 presidential election may not hold.

Odinkalu while speaking in Abuja at a town hall meeting stated that going ahead without appropriate preparation may cause crisis and deaths.

While he approved that the Independent National Electoral Commission (INEC) recorded some gains in 2015 polls, former chairman said 2019 may be different.

READ ALSO: 6 Northerners who may likely replace Buhari in 2019

He said: “Today, the executive has gone into lax mode; judiciary has become lawless; National Assembly is lacking in credibility; INEC is troubled; politicians have gone unruly. Government says it has no money to run the economy. Every element that made 2015 is currently missing.”

“There is absolutely no reason why the executive should allow the number of vacancies we have in INEC to be. By next month, INEC will have 28 vacancies among RECs (Resident Electoral Commissioners) and seven commissioners. The Executive is carrying on as if this normal. It isn’t.

“Citizens are carrying on like: ‘We will tweet it on social media’. We should do more than that, because our country is at stake. The way we are carrying on, 2015 is history; 2019 may not happen, if we don’t reset. We‘ve got to take our country very seriously. There will be no elections in 2019.

“I’m sorry to sound alarmist. But, continuing the way we are going, we will not be able to have elections in 2019. If it happens, there would be too many broken heads and dead people.”

Mr. Odinkalu, also lamented the role of the judiciary a lawyer, frowned at the corruption in the profession, especially on recent rulings on electoral cases in the country.

“The judiciary has gone rogue and destroyed everything that was supposed to guarantee fairness in the 2015 elections. Judges are speaking from too many sides of their mouth. There are no underlying principles.

“Judges come out with decisions they know are manifestly bought, and the profession is saying nothing. Citizens are behaving like it is normal for 20 judges to come out with 20 different orders on the same subject matter from different parts of the country,” he added.

The incumbent leader Muhammadu Buhari became the first Nigerian to defeat a president through the voting box, putting him in charge of Africa’s biggest economy and one of its most turbulent democracies.