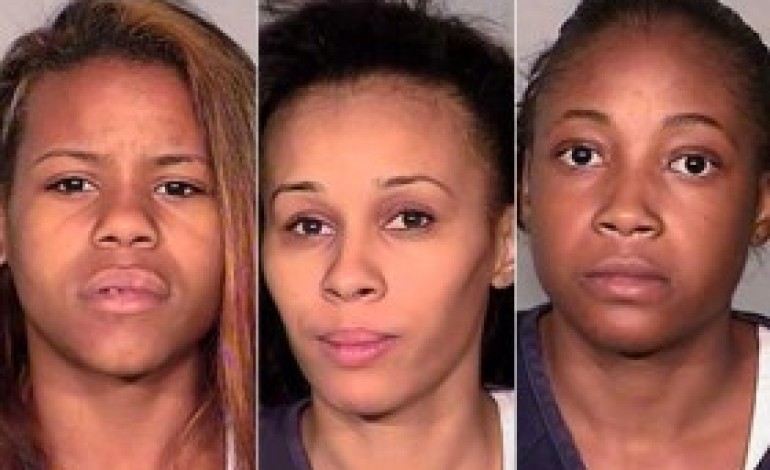 Three women have been arrested in America after a honey trap where thieves stashed luxury Rolex watches in their VA GINAS.

Officers said they flirted their way into the room of two Las Vegas hotel guests, plied them with booze and performed s ex acts on them before attempting to flee with the wallet-busting watches inside their bodies.

But Bryanna Warren, 23, Trinity Kennard, 23; and Charmella Triggs were arrested after CCTV cameras in the lifts of the Encore hotel-casino captured footage of two of the women hiding the sought-after timepieces.

A police arrest report said the sting began when Warren and Triggs flirted with a tourist from India at a hotel bar at about 3:30am.

The three had drinks inside his room and were then joined by the man’s friend. The women then invited Kennard to the room.

Cops say one of the women undressed one of the men and performed a s ex ual act on him in a separate part of the room.

During the act, the man removed his £7,500 Rolex watch. Another woman also began to get physical with the other guest at the same time, prompting him to remove his £2,500 Rolex.

One of the thieves then pulled out a stun gun and threatened the victim to secure their escape.

Later in the report, police say two of the women were captured on surveillance video hiking up their dresses inside the lift, squatting and then inserting the watches in their va ginas.

Officers nicked the women outside the hotel after security was alerted by the victims and recovered a stun gun and one of the watches.

Kennard produced the other watch during a strip search, according to the report.

REVEALED! How Reno Omokri worked for APC during GEJ’s tenure

Who Wore It Better: Zainab Balogun Vs Eku Edewor

No Mediocre: Man Kills His Daughter For Performing Badly In School

Ebola: 2 Dead, 20 Hospitalised after Excessive Consumption of Salt in Jos