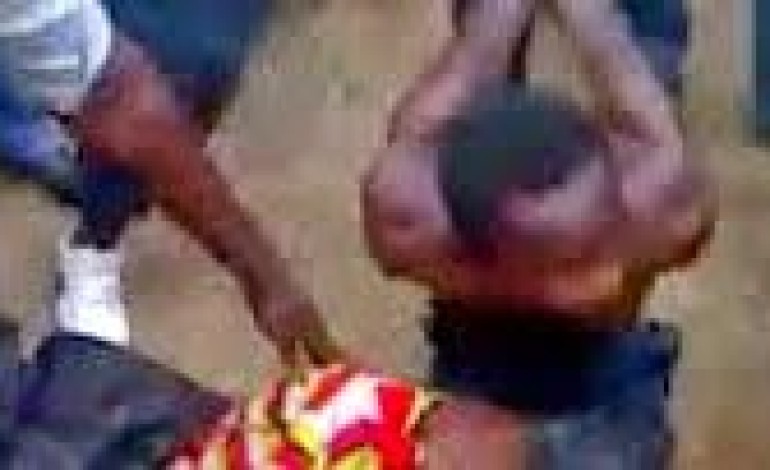 Parading the suspect before newsmen at the state police command in Abakaliki the state capital, the state Police Commissioner, Mr Maigari Dikko said Nwali aka Machine in company of his friends named Chukwuma Eloma and Friday Ebenyi had gone to the hostel of the school where they accosted late Chioma and her friend Sandra. He demanded sex from Chioma which she refused and in anger, he shot her dead. He then dragged her friend Sandra into the bush where he raped her and then fled the scene. Continue…

‘Chioma resisted a move by Nwali to have carnal knowledge of her and in annoyance, he shot her dead. He then dragged Sandra to a nearby bush, defiled  her and ran away. His two accomplices, who were later identified by Sandra, were arrested and charged to court for conspiracy/murder.” the Commissioner said

Nwali was recently involved in a murder case after he and his gang killed the three year old son of one Mr Orie Okorie who they had gone to assassinate in Effium in Ebonyi state.

Photos from the 50th birthday party of Nike Animashaun

WOW! OK, Davido Got Angry Again, so who annoyed Davido...?