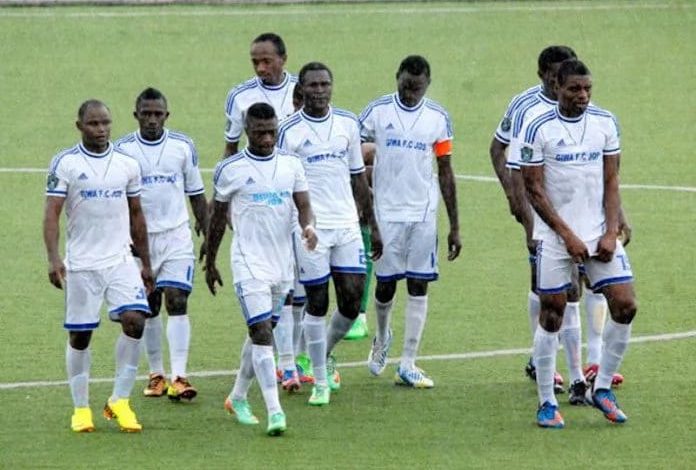 The Nigerian Professional Football League (NPFL) has been suspended indefinitely by a Jos high court after the League Management Committee (LMC) failed to comply with an earlier order of the Court reinstating Giwa FC back to the league.

The ruling which was reportedly made yesterday, Wednesday, August 31st will see the league stopped at match day 32.

Giwa FC have yet to be reinstated in the league which prompted the management of the club to rush back to the court to demand for the orders be obeyed.

The LMC said the league will press ahead as it has not been served with any court order terminating the league.

GET for FREE: Get the latest sports news on Naij Sports

A statement from the LMC reads: “For the avoidance of any doubt, LMC states categorically, that it has not been served with any such order and is consequently unable to comment on this matter.

“If such an order is at any time in the future produced or served on it by due process of law, LMC wishes all our Clubs, footballers, fans, partners and all Nigerians to be reassured that it shall take all steps appropriate in the circumstances to protect the integrity of the NPLF.

“Accordingly,the LMC states that the operation of. NPFL proceeds apace as scheduled and unhindered in any manner whatsoever,” said the statement.

Justice Kunda in his ruling delivered at the Plateau State High Court which sat in Bukuru, near Jos on Wednesday said the counsel to the LMC, Olumide Olujimi, was delaying the case considering that the Nigerian league is time bound, and the league would have effectively ended before the case is determined.

The judge said the defendants can proceed with their appeal at the Appeal Court if they so wish.

Giwa FC were thrown out of the league in May this year after they failed to honour three cumulative matches following their banishment to Ilorin over crowd trouble in their home game against Enugu Rangers.

#LOL ! 'You'll do more damage to the country than you did to your brother,' says #Boris in blistering and very personal attack on '#backstabber' Red Ed on live TV

#Meek Mill wants to give #Nicki Minaj a fairytale #wedding

It's getting mad now! Chris Brown & Karrueche blast each other on social media, Chris says she went on dates with Drake

Timaya flames back at Eedris Abdulkareem-You didn't make me and never treated me well...