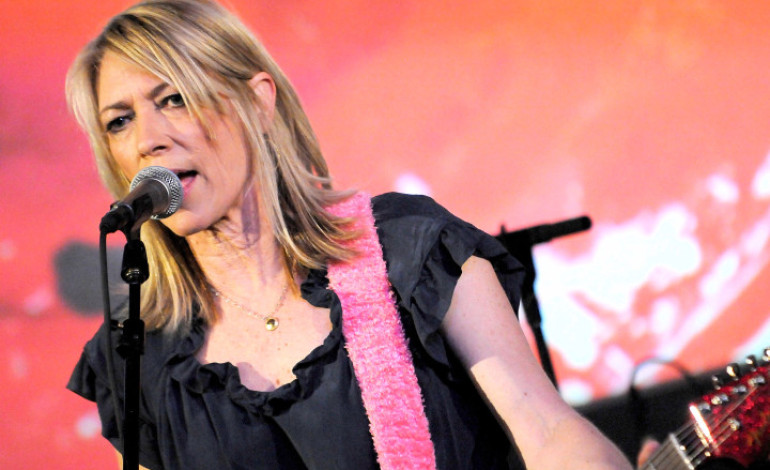 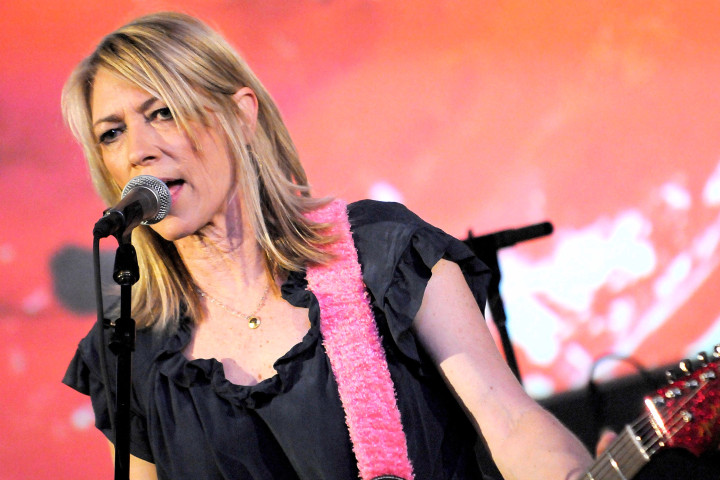 The godmother of NYC’s downtown alt-music scene, Kim Gordon has a new band and a new career as a visual artist. Photo: WireImage

For 30 years, Kim Gordon and Thurston Moore were the golden couple of alternative music.

As founding members of the band Sonic Youth, they were admired for their pioneering work in New York City’s downtown music scene — and for maintaining a marriage that had lasted almost as long as the group itself. In the topsy-turvy world of rock ’n’ roll, the couple’s union felt like a reassuring constant.

But as Gordon reveals in her memoir, “Girl in a Band,” out Tuesday, their personal and musical union came apart in 2011 when she discovered Moore’s infidelity.

She first stumbled on a series of texts between Moore and another woman (now known to be book editor Eva Prinz).

After attempting to work through the heartbreaking revelation, Gordon found other messages and explicit videos.

That spring, she asked Moore, her husband of 27 years and the father of her only child, to move out of their Massachusetts home.

Though Sonic Youth continued touring for the next few months, by November of 2011 — a month after Gordon and Moore announced their split — the band was over.

It’s an uncomfortable and sad part of Gordon’s book that will shatter any lingering illusions about the relationship. “It happens to a lot of people — no one is exempt,” she tells The Post. “My whole identity was pretty much my band and my marriage. So when that ends, you have to figure out who you are again. It makes you look at your whole life.”

Gordon, 61, was born in Rochester, NY, but grew up in California. The most important person in her young life was her older brother, Keller. His constant teasing was sometimes cruel and occasionally physical. Once, he arranged a fight between Gordon and a boy in their neighborhood and took bets on who would win.

Gordon — who adored her brother despite the bullying — went along with the plan because she “wanted him to feel proud of me.”

Keller was later diagnosed with schizophrenia and now lives in an assisted-living facility in California, where Gordon visits.

With such an overbearing sibling, visual art was an escape for Gordon, and she later graduated from the Otis Art Institute in Los Angeles. But when she moved to New York in 1980 and formed Sonic Youth with her boyfriend Moore, music became her outlet.

“I was, and still am, more of the push-everything-else-under-and-let-it-all-out-in-the-music kind of girl. Otherwise I’d probably be a sociopath,” she notes in the book.

That tactic, and a dark sense of humor, have served her well. Sonic Youth — who in 1985 settled into the long-lasting lineup of Gordon (bass/vocals), Moore (guitar/vocals), Lee Ranaldo (guitar) and Steve Shelley (drums) — were lauded for their visceral live shows and albums such as “Daydream Nation” (1988) and “Goo” (1990).

But Sonic Youth didn’t just write songs and tour; they acted as a conductor for all strands of culture. They could do entire albums of noise, but proudly cover a Madonna song.

They used paintings by serious artists like Gerhard Richter for their albums, but were also happy to voice animated versions of themselves on “The Simpsons.” That broad reach helped them continue for three decades, and arguably positions them as New York’s greatest band.

Some of Sonic Youth’s biggest fans were their peers, such as Nirvana. Gordon recalls an immediate kinship with Kurt Cobain when they met in 1989, but her memories of Courtney Love aren’t as fond.

Gordon produced the album “Pretty on the Inside,” by Love’s band Hole in 1991, but in the book admits to being left unimpressed by Love’s egomaniacal and manipulative behavior.

“Courtney was the kind of person who spent a lot of time growing up staring in the mirror practicing their look for the camera,” Gordon writes.

“If Courtney wanted something from you, she would use 100 percent of her charm and persuasion to get it.”

She also wonders if Love might be “mentally ill.”

“I have a lot of compassion for her,” Gordon explains to The Post. “It’s difficult to have two years [around the time of Kurt’s death] pretty much define the rest of your life. That’s a lot to carry around. She benefited, but it was also a tragedy.”

Although Gordon records and plays occasionally with her band Body/Head, she is focusing more of her creativity on an old passion: She’ll have an exhibit of paintings and sculptures at 303 Gallery this summer.

For all Gordon’s honesty in “Girl in a Band,” there is one thing that she keeps in the background — her daughter with Moore, Coco, now 20. “She hasn’t read the book yet,” Gordon says of her daughter. “I told her she might not like because I don’t talk about her more!”

Sad! Girl reveals how her boyfriend battered her brutally with pic evidence

Face of Man Who Killed His Business Partner In Delta State